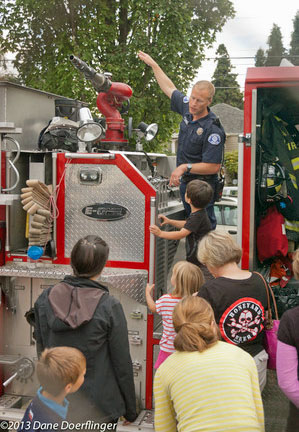 These photos courtesy of Dane Doerflinger, a Maple Leaf resident and professional photographer.

As we wrote Wednesday night after the social wrapped up, it was successful despite the change of venue, thunder and a little rain, AND the automatic sprinklers going off in the Olympic View Elementary School playground.

Pretty much everybody got wet feet, and had a good time anyway.

David Miller, Maple Leaf Community Council president, and Donna Hartmann-Miller (shown here), also a council member and its point person on the Maple Leaf Reservoir Park, did much of the work.As did Grace Seidel. Thanks! 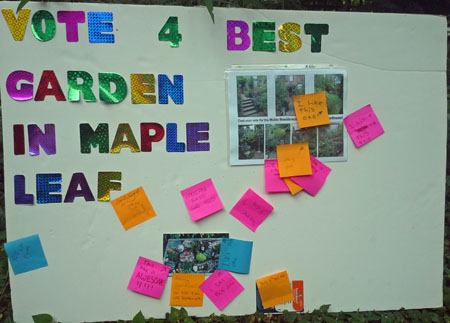 Incidentally, a number of visitors to the Maple Leaf Life table nominated neighborhood yards for our Best Garden in Maple Leaf contest. We’ll be visiting those gardens soon, and taking photos!