Glassique to open on Roosevelt Way next week

Glassique may be new to the Maple Leaf neighborhood, but the store that is expected to open next week at 9634 Roosevelt Way N.E. actually has been around for decades. 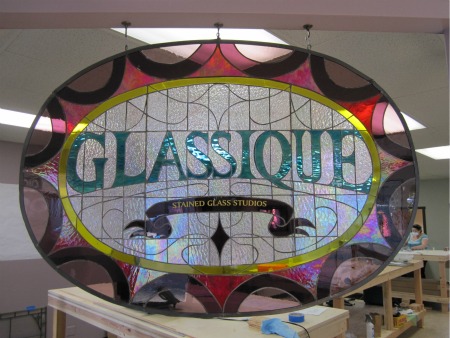 Owner Richard Heath said he designed the above sign in 1982, when Glassique was still a young business in San Diego. And although that business thrived for 22 years, Heath eventually had to follow his heart to Seattle, where his four kids and myriad grandkids had been waiting for him for years.

As his daughter put it: “Pop, your body is in San Diego but your spirit is here.” 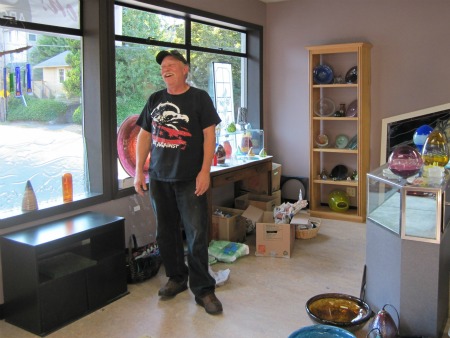 Heath’s Seattle store first was located at 10509 Aurora Ave. N., but the new store will offer a bit more for the casual passer-by. As we noted in an earlier post, the Maple Leaf location will feature a 400-square-foot showroom in the front, pictured above with Heath.

Although the pieces aren’t all unpacked yet, the showroom will feature glass items for sale starting at about $12 and ranging from sun catchers and blown glass to stained glass, cast glass, sand-carved glass and much more. Among the artists featured are Maple Leaf’s own Maya Radoczy, who opens her hot shop to the public during the holidays and also is Glassique’s associated artist. 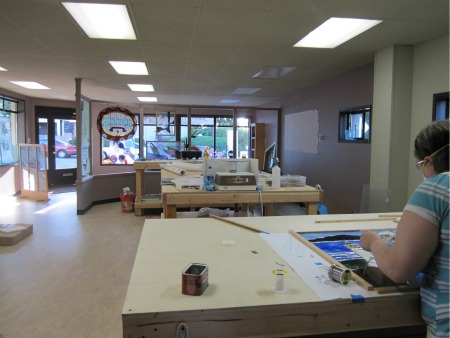 However, most of the space at the new Glassique studio is used for custom glass art, such as stained-glass windows and doors that are built to order.

“We send art out like crazy until our customers pick the design they like,” said Heath, as he filed through a stack of of detailed drawings that were proposed for a pair of doors.

In addition to creating new designs, Glassique also is a popular pick among a number of area contractors for historical repair, or the “dirty stuff,” as he called it. 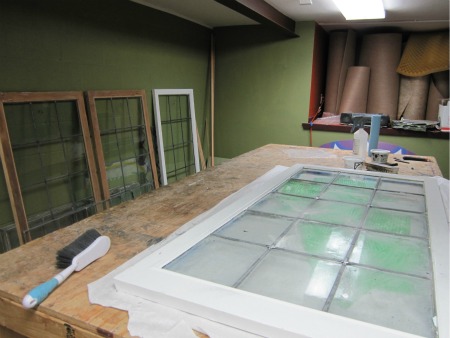 But if you’re actually more interested in creating your own glass art rather than paying somebody else to create it, Glassique also offers classes that allow students to create studio-sized pieces.

“We don’t teach little things,” Heath said, as he pointed at a stained-glass design that was created by a student and was at least 4 feet in diameter. “We teach the real art of stained glass.” 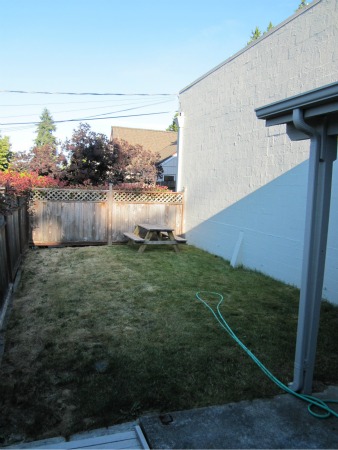 More information on classes is available on the Glassique website, or stop by after the store opens next week to inquire. Heath adds that he’s planning a grand opening the second weekend of September, which just might include a barbecue and outdoor movie in the store’s backyard (pictured at right).