Seven burglaries, 10 stolen or pilfered cars in Maple Leaf during the last two weeks of October 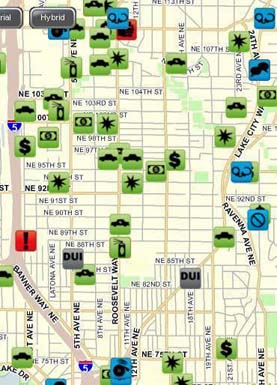 Crime in the neighborhood during the end of October, as reported on the city’s official police reports site, was probably topped by a motorist’s attempt to Taser a bicyclist.

But burglaries and stolen or pilfered cars still dominated the reports.

Police also reported two DUI (driving under the influence) stops here. One was Wednesday, Oct. 27, in the 8500 block of Fifth Avenue Northeast, at 12:41 a.m. The other was Tuesday, Oct. 19, in the 8300 block of Lake City Way Northeast, just after four in the afternoon.