Photos from the Maple Leaf Life tour inside the reservoir

The photographs from Saturday’s tour inside the Maple Leaf Reservoir are in, and they are stunning.

We’re posting some of them here, the rest are at Dane Doerflinger’s photo sharing site, here.

Our thanks to Dane, a neighbor, who also has supplied Halloween photos to Maple Leaf Life, and who shot the Maple Leaf Summer Social for us this year and in 2010. 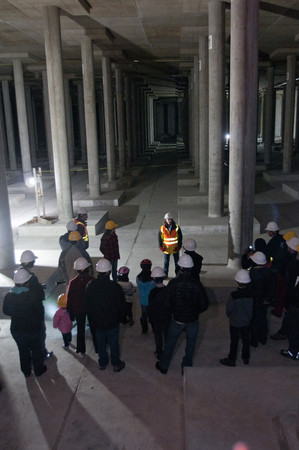 On the right (in safety vest) is Stephanie Murphy, Seattle Public Utilities’ project manager for the site, addressing one group Saturday morning. It was raining lightly outside, with temps in the 30s, but down under it was 44 degrees and dry.

Here’s some information from the fact sheet Seattle Public Utilities was handing out Saturday:

The Maple Leaf Reservoir was originally built in 1910. The current project to bury it began in September 2009 and is to end in April 2012.

It is the largest of the four reservoirs to be buried, at 60 million gallons in two separate “cells,” divided by a concrete wall down the center of the tank. We’ve been reporting on the project since the winter of 2010.

Total cost for the Maple Leaf project is $49 million; for all four reservoirs it hits $140 million. 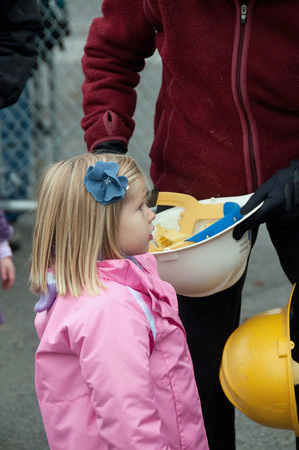 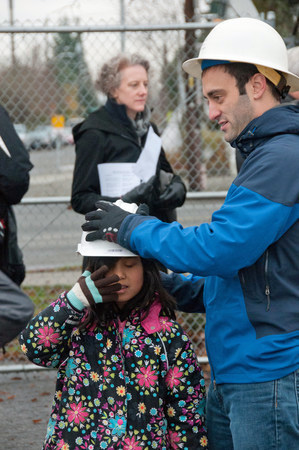 According to Seattle Public Utilities, the Maple Leaf Reservoir: